‘This life of Hodgkin is in the top rank of scientific biographies’ (Sunday Times)
‘Ferry has brilliantly captured the flavour of a century of science’ (New Scientist)
‘Georgina Ferry gives us a genuinely illuminating account of Hodgkin’s life, neatly balancing the personal with the scientific.’ (Times Literary Supplement)

A Better World is Possible:
The Gatsby Charitable Foundation and Social Progress 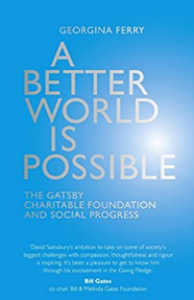 A study in contemporary philanthropy and an exclusive account of the Gatsby Charitable Foundation’s investment in a better world.

‘This book is about 50 years of the Gatsby Foundation conceived, founded and funded by David Sainsbury, Britain’s most generous philanthropist. It is an inspiring story of human generosity, the power of engaged philanthropy, and how science and education can make the world better.’

Neural Architects: the Sainsbury
Wellcome Centre from idea to reality 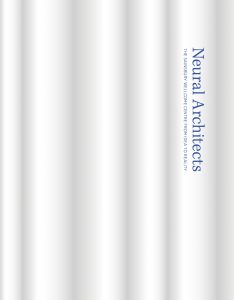 Neural Architects documents a unique collaboration between a leading architectural practice, Ian Ritchie Architects Ltd, and a community of scientists seeking to understand how we think, feel, understand and remember. The outcome of this collaboration is an outstanding laboratory for the 21st century, the Sainsbury Wellcome Centre at University College London. This book celebrates the opening of the building in 2016.  Georgina Ferry’s text is based on interviews with all those involved, giving a rare insiders’ view of the process of creating a highly specialised building.

The Common Thread: A story of
science, politics, ethics and the
human genome 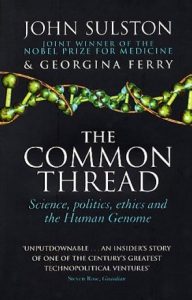 Nobel prizewinner Sir John Sulston’s personal story of the battle to sequence the human genome and keep it as a common resource for all humankind. Longlisted for the Samuel Johnson prize for non-fiction.

Available as an e-book and print-on-demand paperback on Amazon.co.uk & in both hardback and e-book formats on Amazon.com.

‘A riveting account of what was going on behind the scenes … anyone who is fascinated by the politics and ethics of research should read it.’ (Financial Times)
‘Unputdownable stuff… it is an insider’s story of one of the century’s greatest technopolitical ventures.’ (The Times) 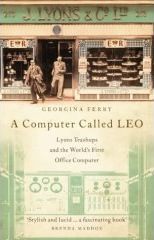 The astonishing story of the British company that built a computer to run its catering business and became an IT pioneer and competitor for IBM. Selected for BBC Radio 4’s Book of the Week, September 2003.

Available in paperback and e-book editions on Amazon.co.uk.

‘One reads it with admiration and fascination, not just for Georgina Ferry’s cool, poised and elegant storytelling, but for the people—the visionaries, the scientists, the engineers—who … did something extraordinary because nobody had told them it couldn’t be done.’ (Daily Telegraph)
‘Ferry tells the tale of Leo with her usual crisp style… The book weaves a very human tale with strands of scientific and social history’ (The Guardian)

Max Perutz and the Secret of Life 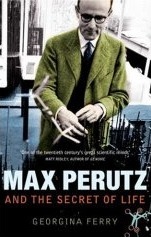 The first biography of the refugee from Nazism who created the lab where Watson and Crick unravelled DNA, and who won the Nobel prize for understanding ‘the breathing molecule’ that makes blood red.

Available in paperback and as an e-book on Amazon.co.uk.

‘The story of [Max’s search for scientific enlightenment] is the substance of this engrossing biography by Georgina Ferry, who is rapidly turning into the most interesting science writer going.’ (The Guardian) 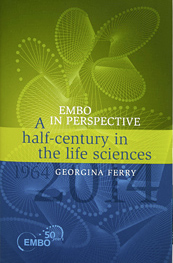 EMBO in perspective: A half-century in the life sciences

The story of the journey from the study of molecules and microbes in the nuclear age to the growth and expansion of EMBO and the life sciences.

EMBO, 2014, hardback. Only available directly from EMBO, either as a book or a download.